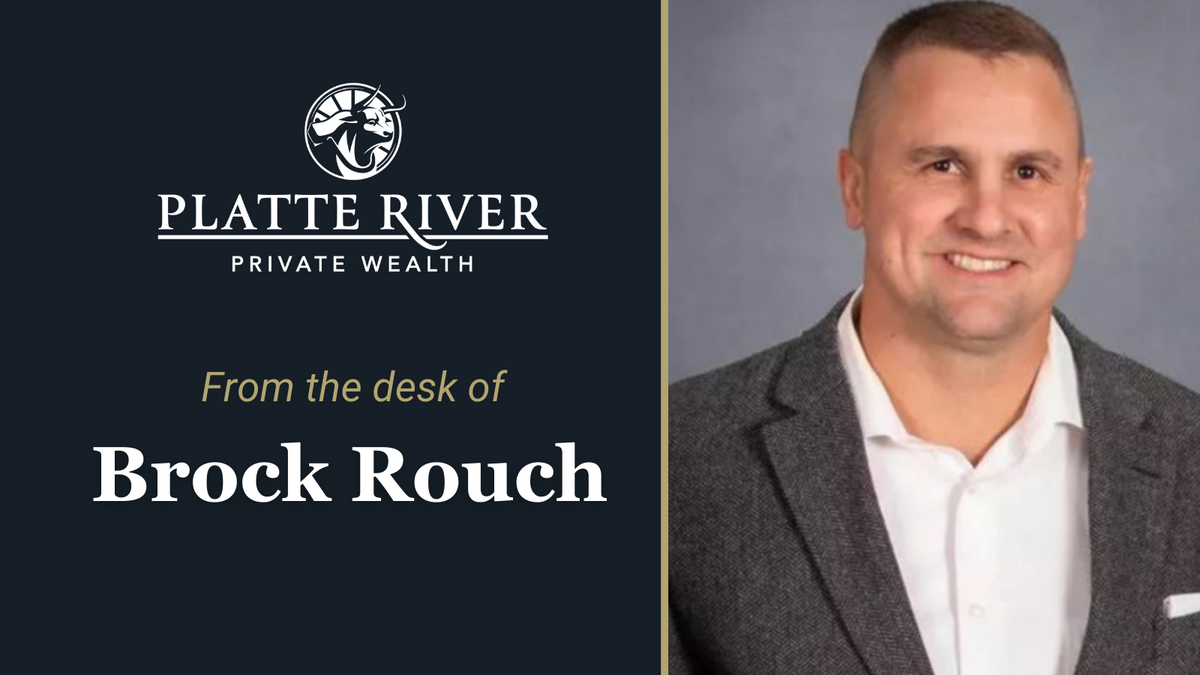 From the Desk of Brock Rouch: The Philosophical Musings

In Mid-August my wife and I took our four kids on our first full-fledged family road trip. From Casper to Arches National Park from there to Zion National Park from there to Coronado Island to Sequoia National Park to Yosemite National Park to Mammoth Lakes to Salt Lake City and back to Casper. It was a lot packed into nine days. Overall the kids did great albeit my oldest daughter who's 12 told us at least six or seven times "can you just take me to Canada and leave me there" ..... She was the first to crack under the pressure from hours spent in the car with her four and six-­year-old brothers. I know that trip won't mean as much to them as it did for my wife and me but here's to hoping it meant at least something.

When we left for the road trip the S&P 500 was at 4,280 points or so following a quite nice two-month run since mid-June. And since the beginning of that trip to today, we've dropped about 8.6%. It's made me think about the "emotional curve" of investing, and doing this for a living has Chad and I talking about this a lot. There's one takeaway, one key underpinning that needs to be understood about the below and that is the Curve's contrarian nature. We are subscribers to the contrarian investing school of thought. It provides a mental ballast when you begin to look at bad moments in the market as "the point of maximum opportunity" instead of a point of exit. 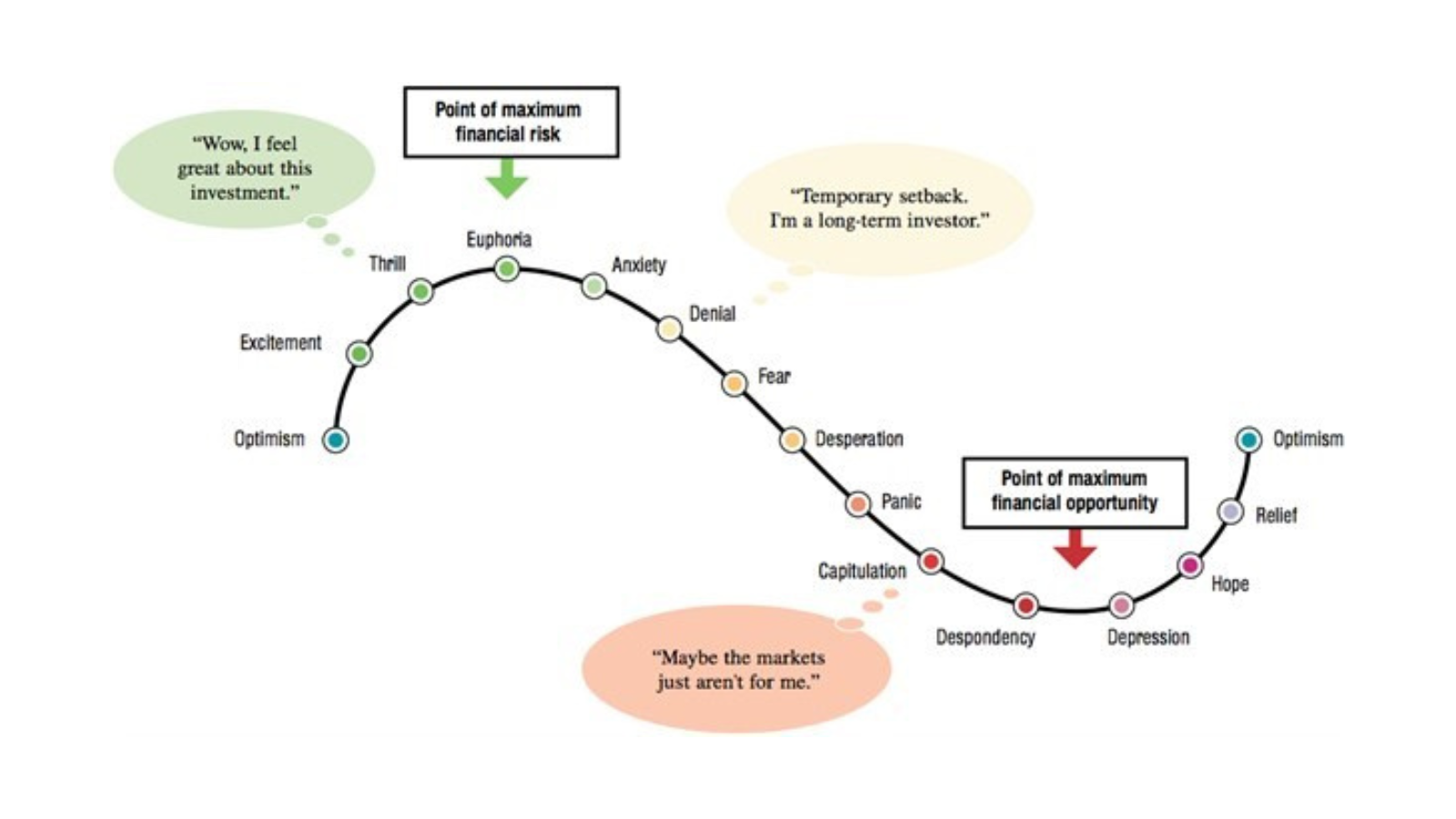 When others are fearful of the market it pays to be brave. We couple this school of thought with our other investing philosophical pillar; we should know what investments we own, why we own them, and we should actually like the companies we own (the fundamentals). That way when the market is down and the feeling of “despondency” hits we can view this point as an opportunity but also feel confident in the companies we own within the portfolios.

Having some sense of confidence in terms of where we are on the above curve is another question. It’s subjective to each of our own views and can be a viewpoint that seems to change on the daily. But I by myself don’t matter in terms of the market so it’s actually trying to solve for how does the market en masse feel? In my opinion, this current market is harder to decipher than past markets. It seems somewhere between “desperation” and “hope” from my viewpoint and I find reasons for both.

The factors driving the market remain similar to past writings…

1. Inflation: As I’ve said to several clients, I think this issue is on the mend. This to me is typical of economic news cycles. By the time the topic is all over the news and the average investor becomes concerned the actual impact is likely at or close to bottoming out. Clearly just my personal opinion.

2. The employment market: The national unemployment rate is hovering around 3.7% which is a very good historical figure and from my view has been the biggest contributor to why the overall economics are currently better than some feel. Not to mention national wages are also up.

3. Interest rates and real estate market: Typical 30-year mortgage rate seems to be around 6%. While not historically all that high, I’m a believer that this does two things considering the departure from such low interest rates.

1. Real estate prices could suffer unless there proves to be a shortage of homes (which is up for debate).

2. When real estate prices suffer so do an individual’s feeling of personal wealth. This theoretically negatively impacts their consumer spending.

4. Geo-political: Obviously Ukraine v. Russian but also China v. Taiwan. I stand by the belief that OUR market impact to these type of news events is more temporal and not that lasting.

So of my top four drivers, two seem to be in a positive spot and two not so much. Thus it’s hard to decipher. So you keep relying on the second pillar of our investment discipline: we aim to invest in good companies. These companies have been through many “hard to decipher” markets and not only have survived but have grown tremendously. It’s important to be as grounded as possible and maintain an even temperament.

While the weather is still warm try to enjoy the truly meaningful things in life; like your twelve-year-old begging to be sent to Canada just so “she doesn’t have to be stuck in the car for another minute just to see another “stupid National Park”.